Howdy everyone (o3o) / I finally have some free (well not really) time to do some sketches for Sombat for 3D conversion.

The first sketch was influenced mainly by the previous design on the blog. A kind of emo look i suppose (I still don’t really understand what’s emo, anyone care to explain it to me? I would be very appreciated) 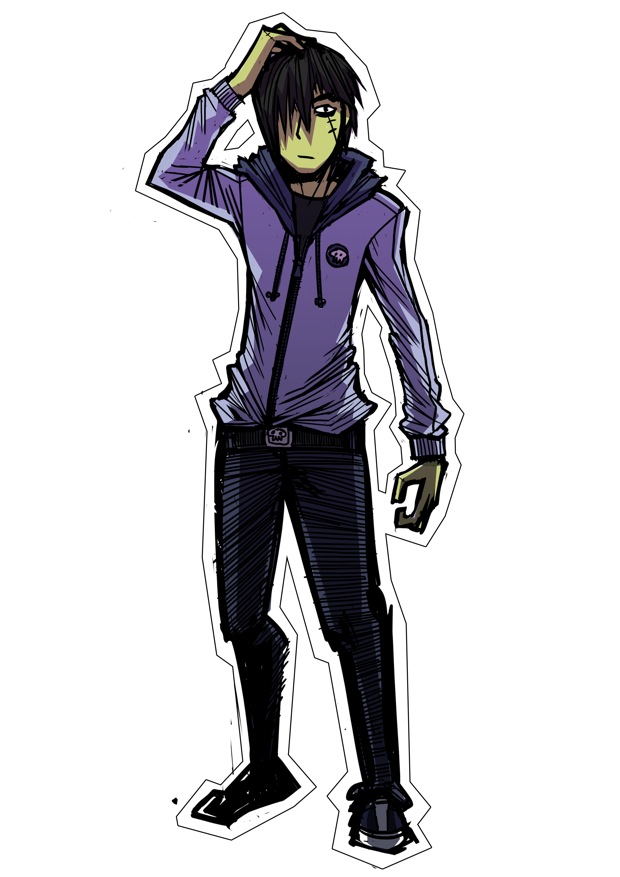 The next sketch is based mostly on my personal interpretation of the character. For me, from what i understand, Sombat is not quite emo but kind of nerdy, unsocializable and obsesses with figurines. He is kinda hard to understand from normal people perspective I suppose. This is a sketch of my interpretation of Sombat before he died. He shouldn’t be trendy but nerdy and kind of unattractive… maybe. The proportion is more cartoony than the previous sketch though. 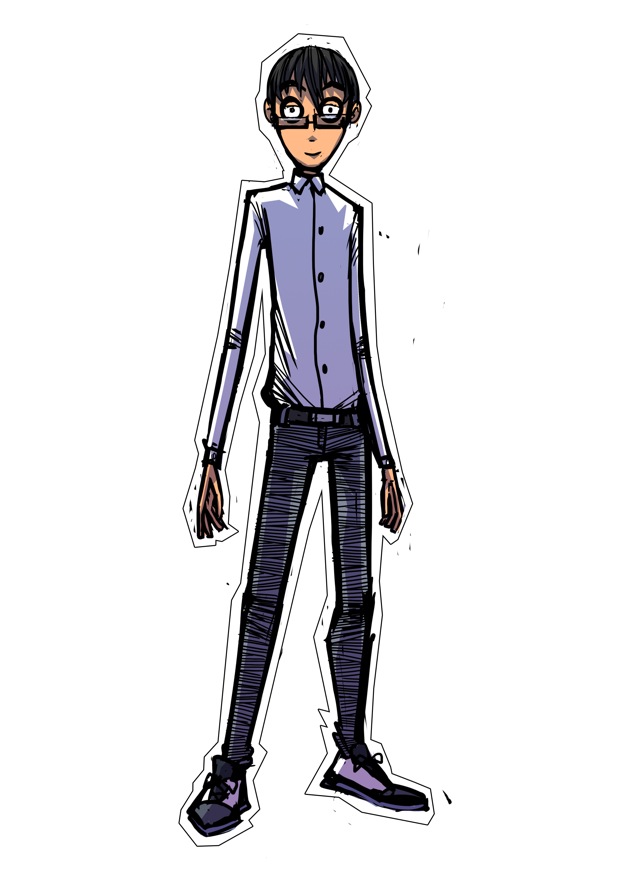 After he become a zombie, I think it’s time for him to become interested in fashion. He’s not that good in fashion i think. One idea is he can be overdressed and another idea is minimalism. This is more of a minimalism though. I am still experimenting with the proportion.

His skin colour as a zombie, I wonder should it be green or blue. I think blue would be interesting though. 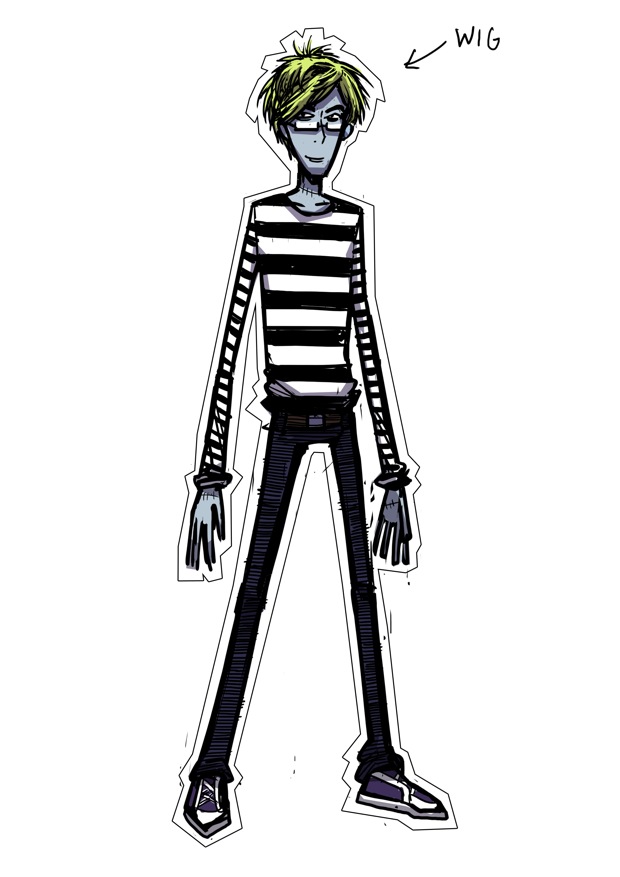 That’s it for today. I will be very appreciate if you guys leave me your thoughts so far. It… whatttt it’s about 3:00 am here!! I better go to bed!

See you guys, plz excuse me any typing errors – i feel extremely sleepy!

This entry was posted in 3D World. Bookmark the permalink.